This catalogue provides BSC software  to simplify the development and execution of parallel applications for  distributed heterogeneous platforms. 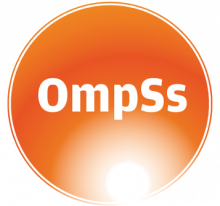 The COMP Superscalar (COMPSs) framework is mainly compose of a programming model which aims to ease the development of applications for distributed infrastructures, such as Clusters, Grids and Clouds and a runtime system that exploits the inherent parallelism of applications at execution time. The framework is complemented by a set of tools for facilitating the development, execution monitoring and post-mortem performance analysis.